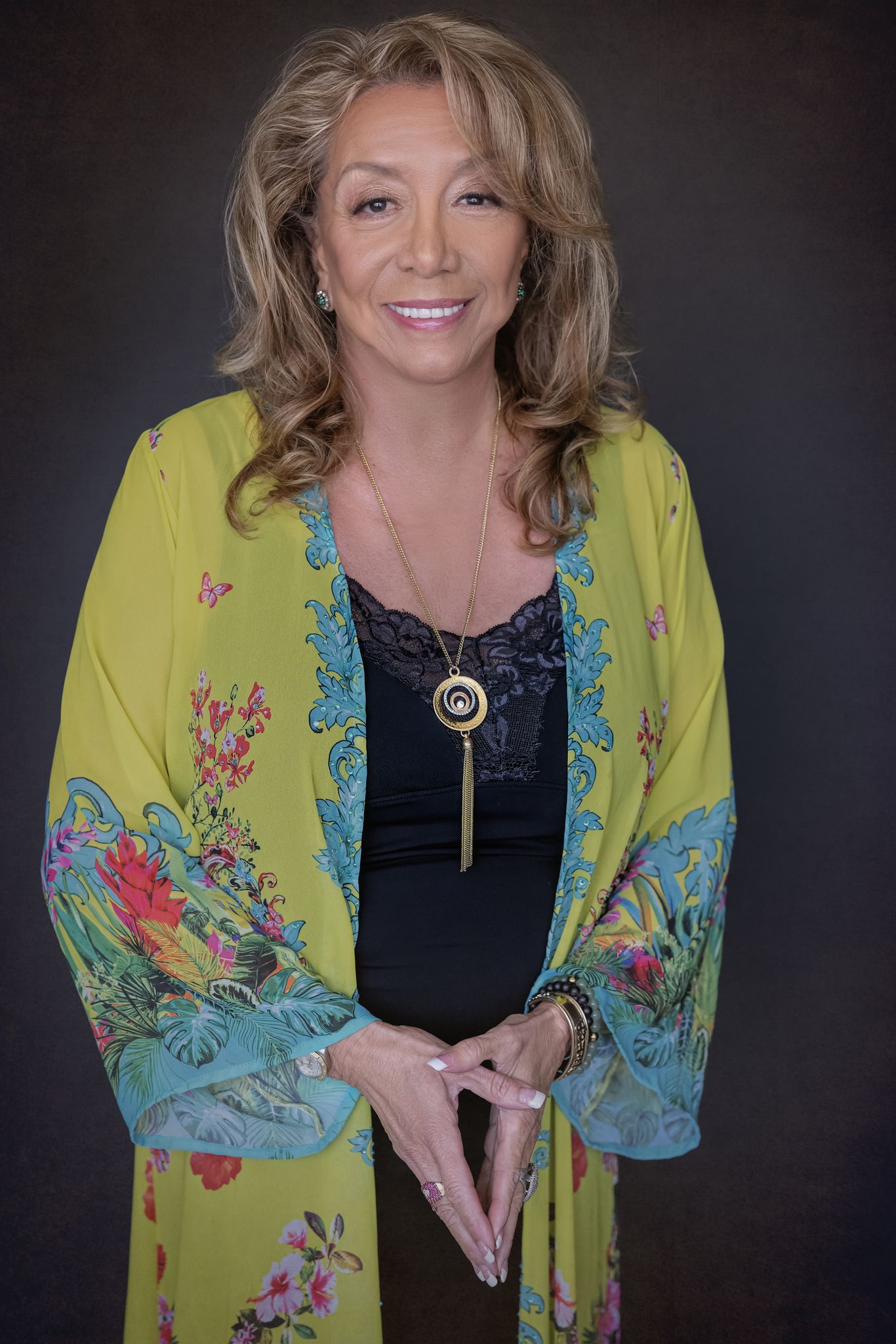 Dame Doria (DC) Cordova owns Excellerated Business School® for Entrepreneurs, Money & You®, and other Excellerated programs, a global platform that has nearly 200,000 graduates since 1979 from over 85 countries – especially from the Asia Pacific region and the Americas. The programs are taught live and online in English, Chinese and Japanese – soon expanding to Tamil, Hindi, Spanish, Bahasa and other languages.

Many of today’s wealth and business leaders have attended the Money & You program and transformed the way they teach, chose to have a greater positive impact in the world and integrate in their organizations the win/win/win principles taught in the program.

You can see the Notable Instructors that have taught at the Excellerated Business Schools, including the likes of R. Buckminster Fuller who inspired her and many to live their lives and create products and services asking this question: “How do we make the world work for 100% of humanity, in the shortest possible time, through spontaneous cooperation, without ecological offense or the disadvantage of anyone?” http://www.globalexcelleratedbusinessschool.com/notableinstructorssince1978/

Through these graduates, including her business partnership of nine years from 1985 – 1994 with Robert T. Kiyosaki of Rich Dad/Poor Dad fame, Dame Cordova’s work has touched the lives of millions all over the world. The essence of her work is to create teaching environments where established (and up-and-coming) entrepreneurs, professionals and educators not only focus on the bottom line/profits but also create products, services and programs which add value to humanity.

She is the only Latin woman that was part of the group of pioneers, led by Marshall Thurber and Bobbi DePorter, that began the development of the entrepreneurial, transformational, experiential, training industry in the late ‘70’s. She inherited the work on July 8, 1985, which has now expanded to what it’s today through countless partners, associates, teams, and the support of many graduates and friends.

Along with Robert Kiyosaki and his wife then, Kim Kiyosaki, of the Rich Dad/Poor Dad series, in 1985 they opened that industry in Australia, New Zealand and later Singapore. Subsequently, along with new partners, the Malaysia, Taiwan, Hong Kong, China, Indonesia, India, Thailand, Philippines, Cambodia and other countries have been opened. Their larger influence has been in the Chinese language – in the Chinese world through the Asia Pacific region.  Having presented programs in China for 19 years. Dr. Willson Lin and his Doers Group organizations have put the Excellerated programs “on the map”.

Many of today’s transformational leaders have attended the Excellerated programs and have gone on to duplicate and expand the Excellerated experiential educational methods. This has supported the continuing education of Financial Literacy of the masses globally. The work of her many graduates has helped to spread the essence of this mission to millions around the world. The list of Notable Graduates of her Money & You  program reads like a “Who is Who” of today’s wealth experts.

Her work is a significant contribution to planetary transformation, because the Excellerated Business Schools and Money & You have activated, inspired and motivated so many successful socially-responsible entrepreneurs to take action on behalf of humanity.

She is the only female leader in the industry that for over four decades, has grown a global organization with a licensing model that has allowed her the independence to expand her business endeavors into Renewables and to continue her humanitarian efforts. She has reached this level of success by utilizing the many tools, principles and systems taught in the Excellerated programs and her publications.

Her stated purpose is to “uplift humanity’s consciousness through socially-responsible businesses.” Leading by example, Doria is a philanthropist, humanitarian and is known as an Ambassador of New Education with a tireless pursuit to transform educational systems around the world and eradicate poverty and hunger.

She supports numerous non-profits, foundations, and humanitarian organizations as a mentor and champion. She is now leading this work through the Doria Cordova Foundation.

Doria is a Mentor of Nurturing through her work with high-level entrepreneurs and business leaders. She is a “connector” with a special gift for bringing together diverse successful Social Entrepreneurs from around world.

Doria has expanded her work to the Renewable Energy field. She’s a Global Business Developer of one of the world’s leading Renewables pioneer, the man who has built the only Solar Valley in the world in Dezhou, China – www.SolarValleyChina.com – Huang Ming, a “billionaire with heart” – a winner of the Right Livelyhood Award (the alternative Nobel Prize) – and the man responsible for the passing of the first green law in China.

Doria is a Visiting Professor at the International Micro-emission University  (IMU) – the first university of its kind that is dedicated to educate young students, professionals, entrepreneurs and all those who wish to be educated in the emerging industry of Renewable Energy.

Promoting green technologies is another of Doria’s tireless effort to influence nations to adopt workable energy and the fair and equitable distribution of it, so that all people can live in healthy environments, prosperity and include the wellness of the earth.

She is one of the contributors in the Think & Grow Rich for Women book. She is the author of the comprehensive systems manual, Money–Making Systems.  She has been a contributor and written forewords in countless books. Doria has participated in dozens of motivational films, television and countless online shows. She has been interviewed around the world in every type of media; and has hosted the Money & You radio show.  Doria has spoken on many stages, podcasts, summits and is a sought-after speaker, mentor, and advisor.

She has published the Money & You® Book Series which educates the masses with tools, techniques and principles used by millions to reach financial and personal success.

Through the Global Paradigm Shift that has been brought by the global pandemic, Doria started supporting her network with different programs and experts to help them get through it and it evolved into the Fridays With Doria & Friends  – www.FridaysWithDoria.com – global platform, which now has a plethora of excellent teachings from experts who share their mastery, strategies, knowledge, at no cost, to all who desire to further their entrepreneurial journey.

Doria is currently in development of her dream, the Excellerated Online University – a platform that will include the many mentors and masters that she encounters daily in her entrepreneurial and humanitarian endeavors.

Another of Doria’s upcoming projects is a global women’s platform entitled: Women, Cash & Divine Matters. A key component of this work will be a global, multicultural online platform where women can connect and support one another – which will also offer mentorship and coaching, inspiration, and practical business-oriented education.

Doria’s businesses also spread the word about the power of Global Entrepreneurship. The time has come for businesses of all sizes to comprehend the importance of connecting globally to increase their markets and influence and take collective responsibility for the well-being of all people on earth.

She is active in many Social Media platforms and thoroughly enjoys keeping up with the latest technological marvels that allow for the dissemination of information that supports a world that works for 100% of humanity – to move the world from a paradigm of scarcity to sufficiency, thus creating resources for all who lack them.

On her birthday, Nov. 14, 2010, Doria was Knighted for her lifelong service to humanity, as Dame of Honor by The Sovereign Order of the Orthodox Knights Hospitaller of Saint John of Jerusalem – name changed to: Orthodox Order of St. John – Russian Grand Priory (the oldest Humanitarian Order in the world) which holds three seats in the United Nations. On, January 2013, she was advanced to Dame Commander of Grace; in 2018 to Chancellor of the California Priory of the Order for her contribution of the growth of the Order.

On December 18, 2016, Doria received an Honorary Doctorate in Wealth Wellness with specialization in Transformational Leadership from the Indian Virtual University for Peace and Education. A reputable organization registered under the United Nations.  Accredited by the Indian Council for Professional Education Mission registered under Niti Aayog, Government of India; Accredited by the India Accreditation Council.

Though Doria never had her own children, she is a Godmother to many around the world, supports several orphanages, and (as of this writing) has four bonus grandchildren. Children have a special place in her heart – and her dream is to have no child go to sleep hungry anywhere in the world. When not traveling the world, she shares homes in San Diego, California and Maui, Hawaii with her beloved, Christian Mentzel. Spaceship Earth is really her home…

A Gift from the CEO / Owner, Doria Cordova

In order to support the graduates of the Money & You program and friends of the Excellerated organization through this Global Paradigm Shift, we started doing weekly online global events that evolved into the www.FridaysWithDoria.com platform.

There are interviews, conversations, and webinars with masters in their field of expertise.

See who is on this Friday (5 pm California, USA). Every other Friday events are held in both in Zoom and Clubhouse at 11 am California to include the European / African-based network. Once you sign up for an event, you will have access to all the Replays.

For more information about Dame Doria Cordova and her work:

For more Information or Support:

Download as a gift from Doria Cordova her Excellerated Business Success Model e-book at: www.MoneyandYou.com 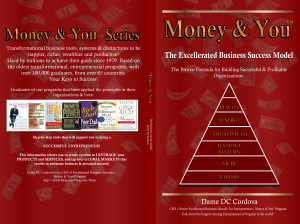 Newly Launched – Bonus Gift for Your Amazon Purchase at:
www.AccessToCashBook.com 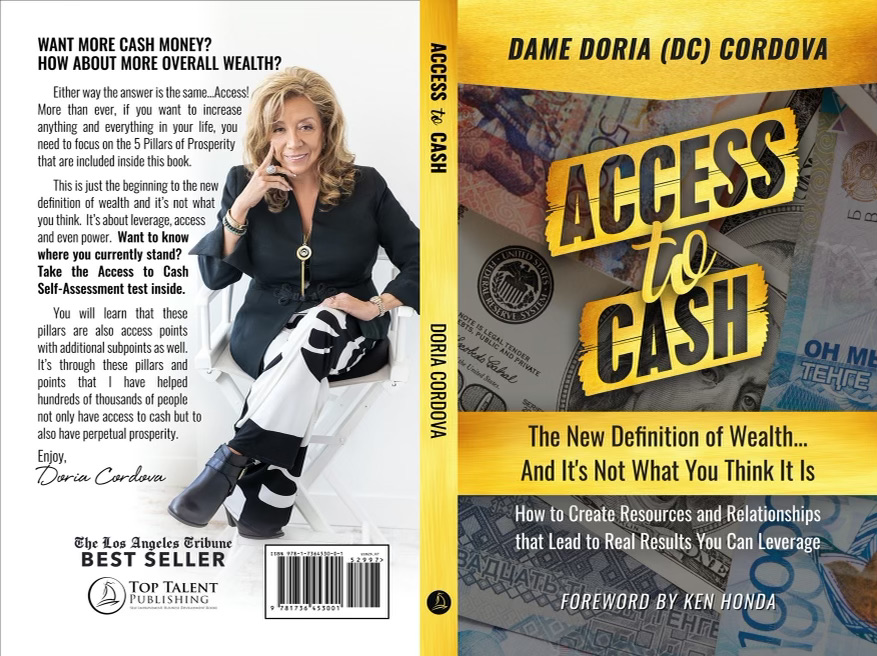 Check Out Some of the Money & You® Notable Graduates! 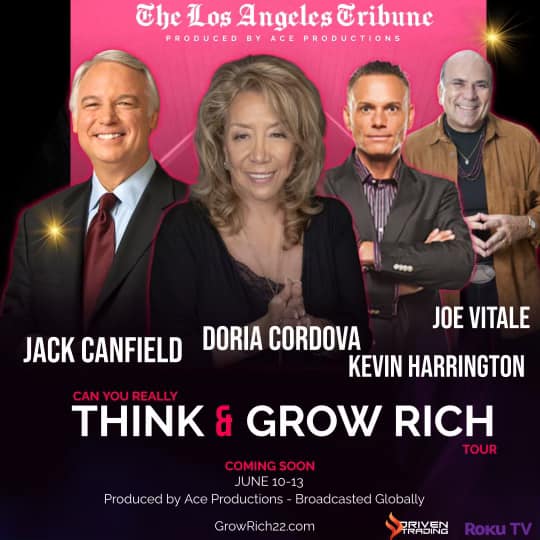 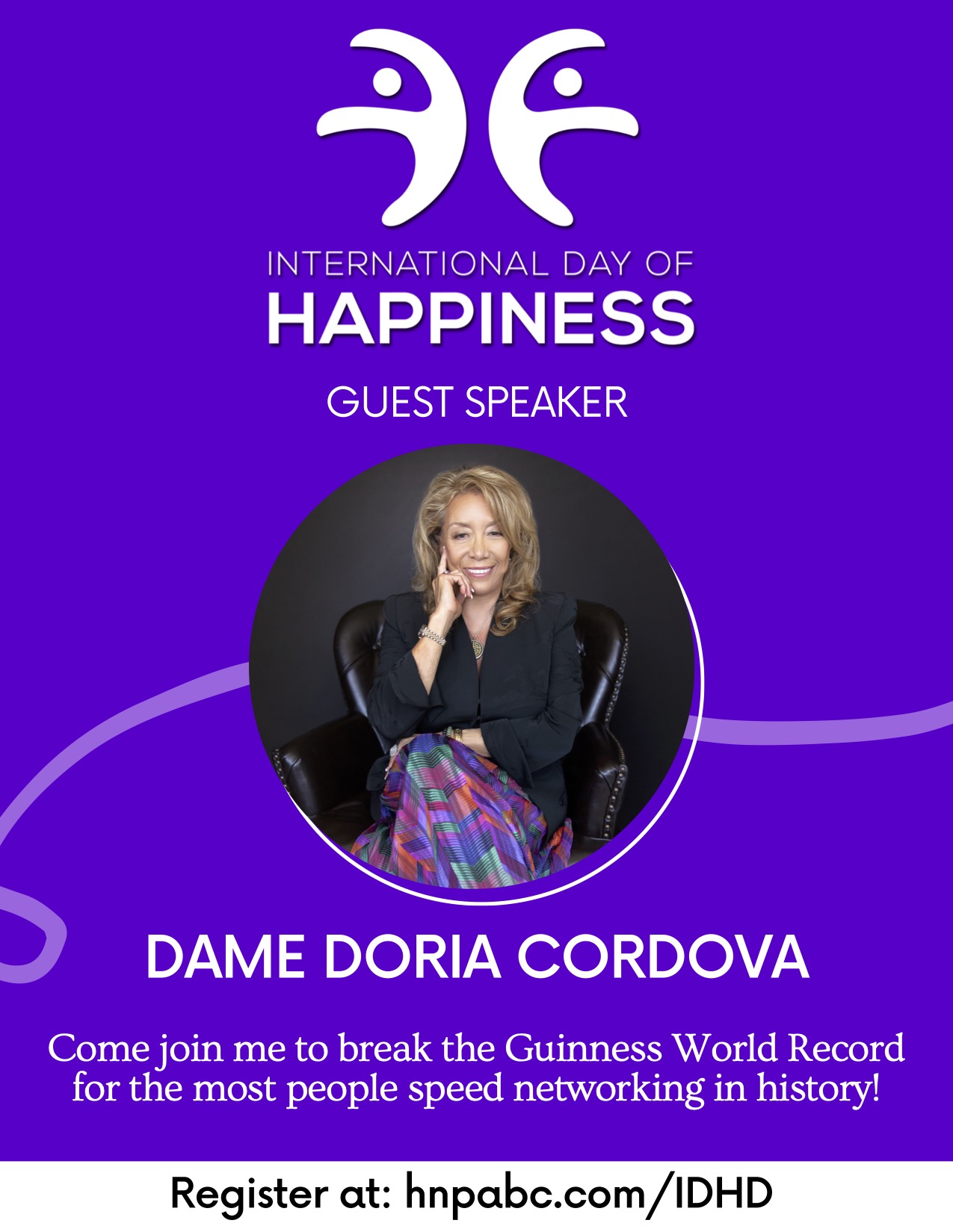 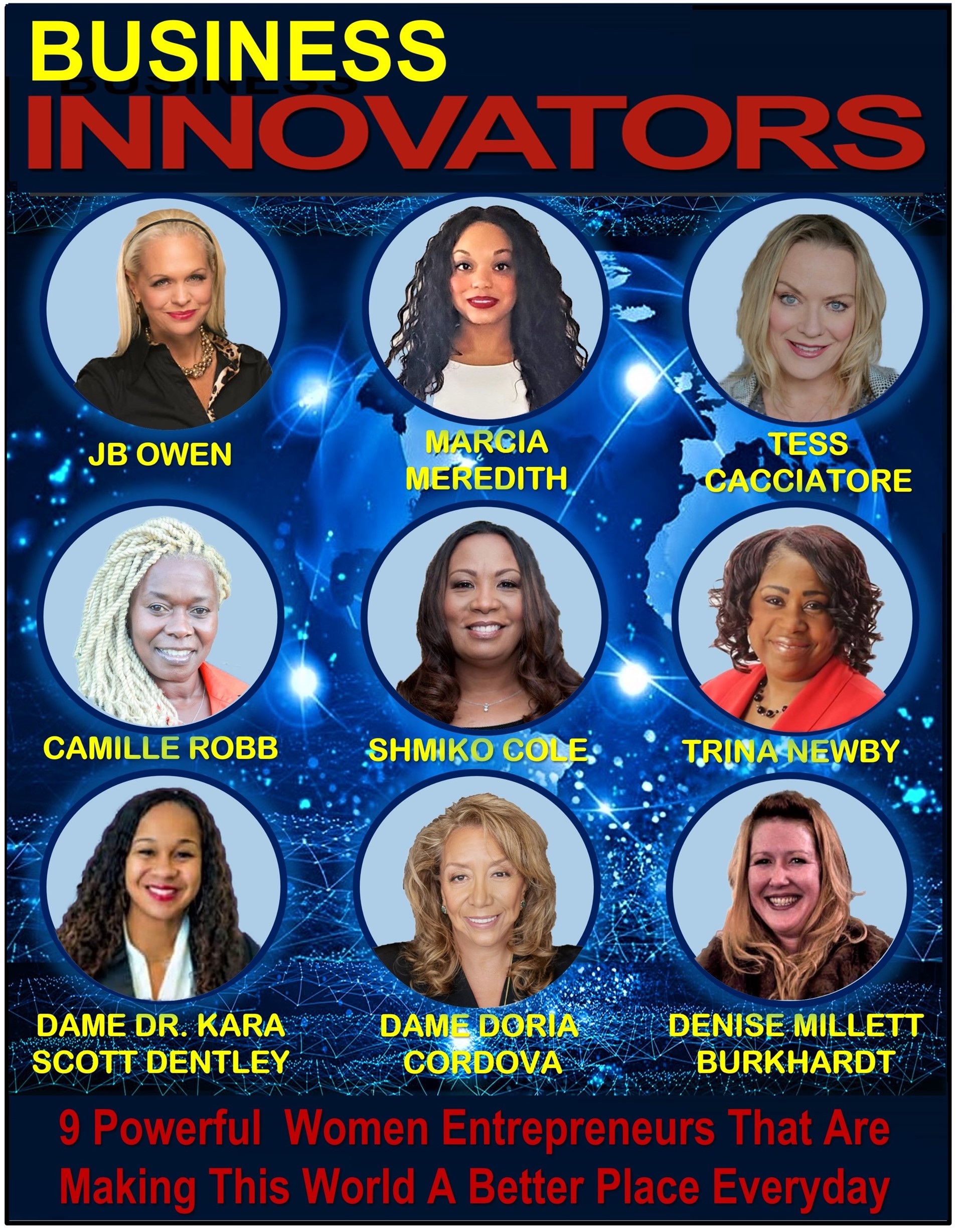 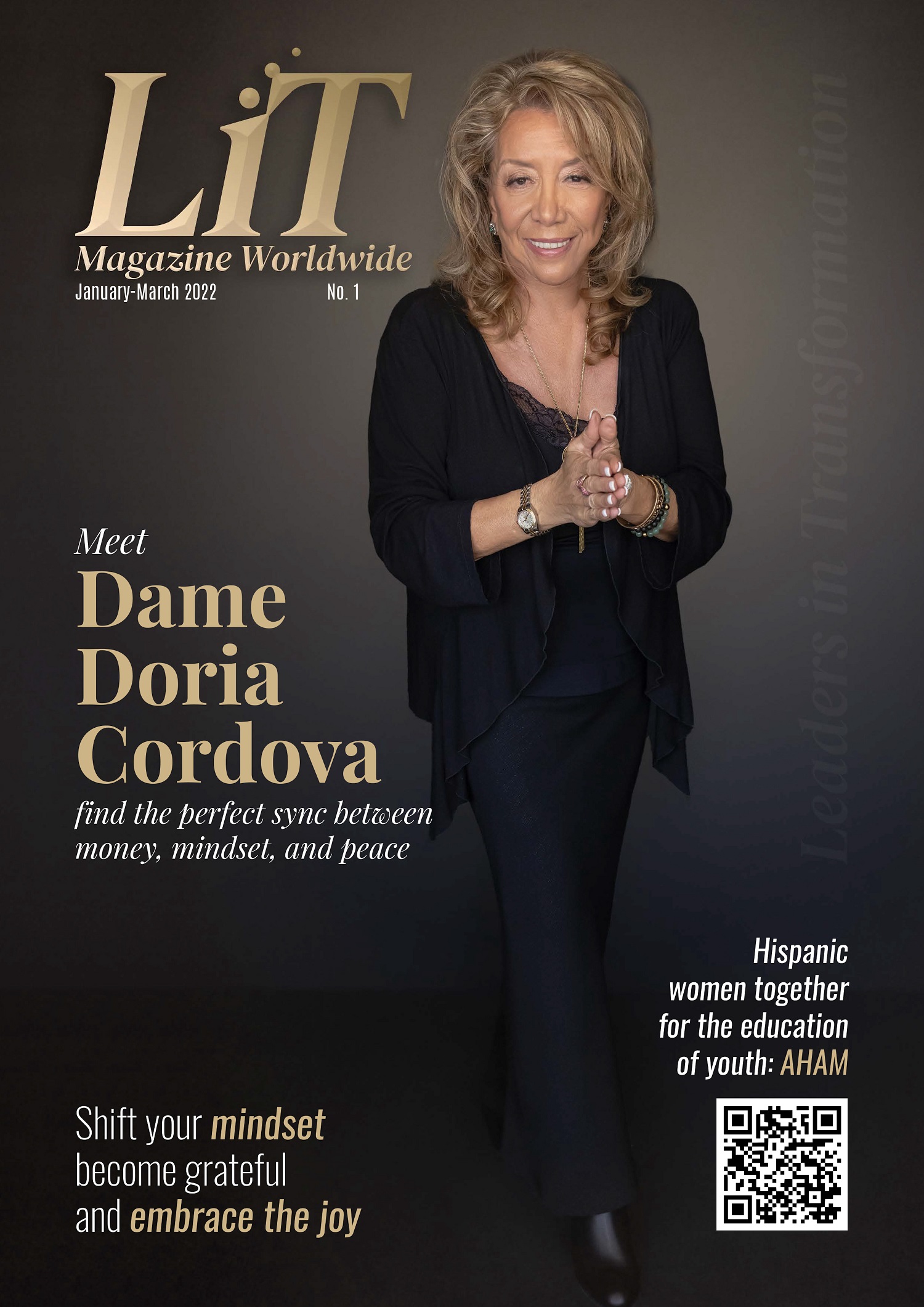 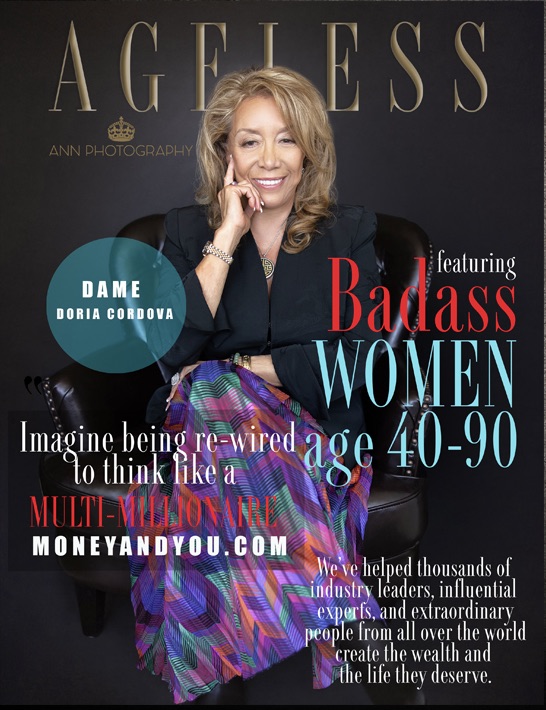 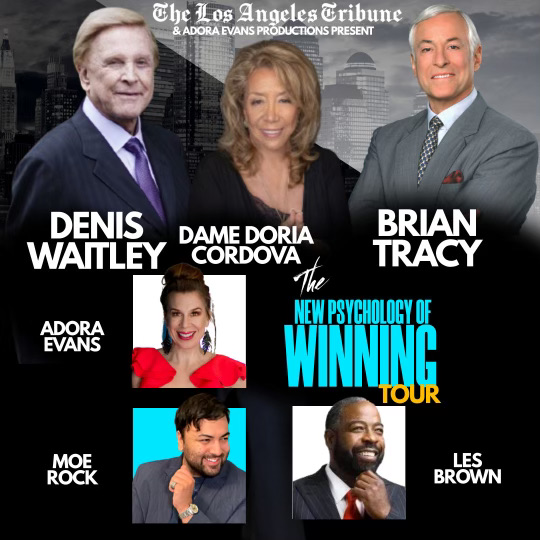 Learn more about our Mentor:  www.MoneyandYou.com/Buckminster-Fuller 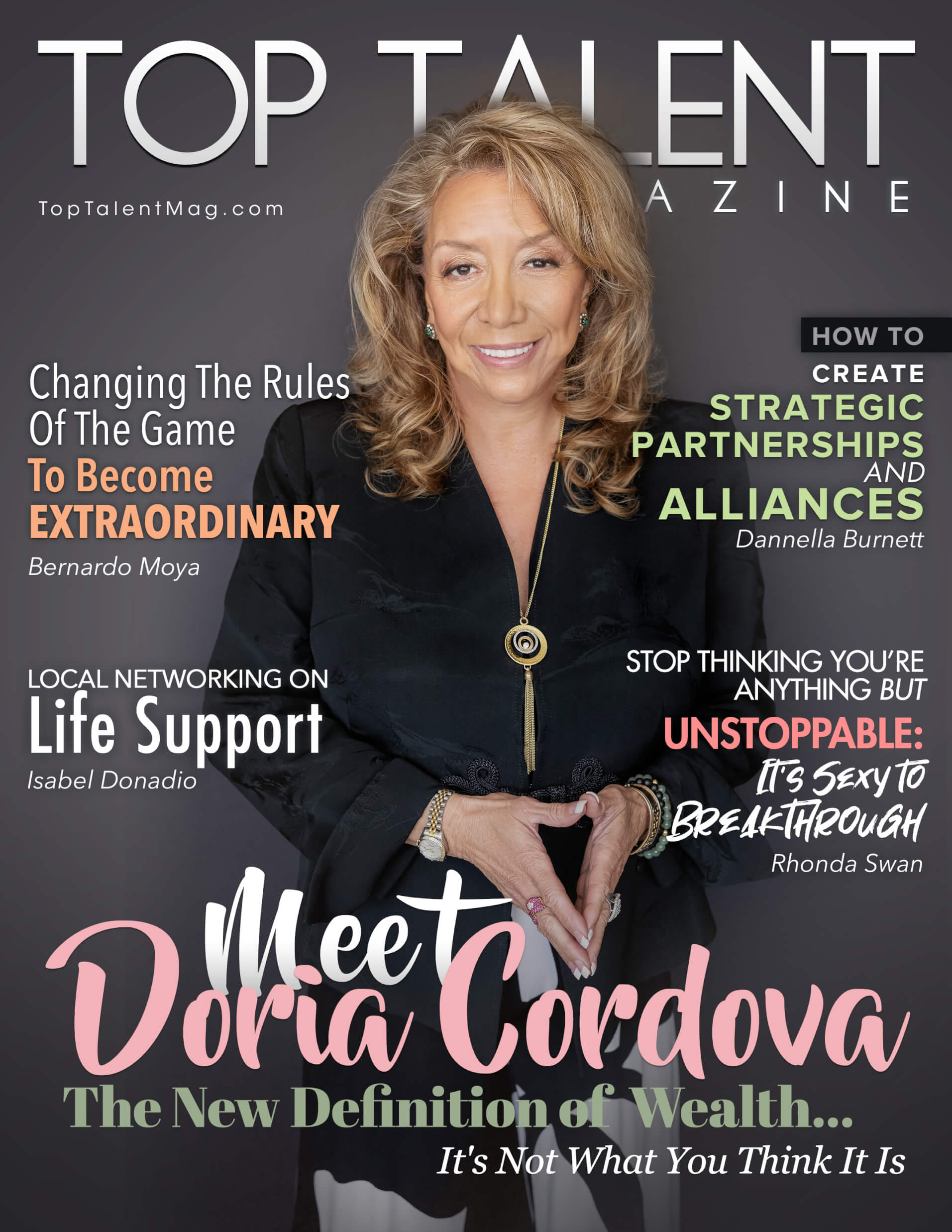 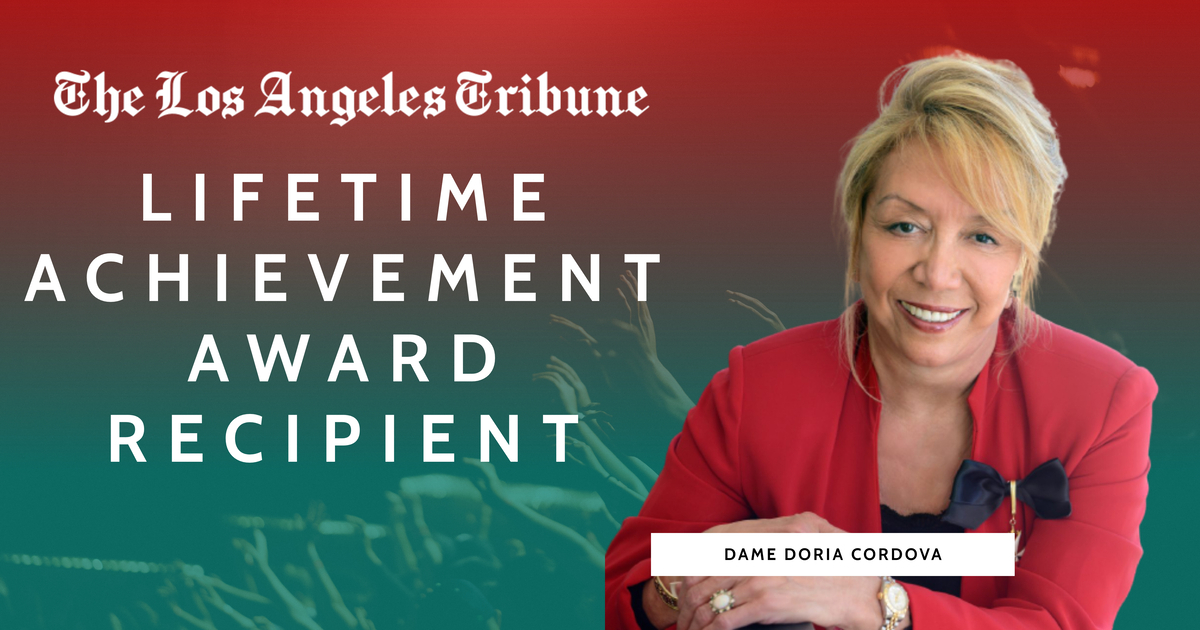